Let’s keep this simple. What lies behind the sudden surge in interest in the UK’s and EU’s relationship with the World Trade Organization? First: the UK’s WTO membership 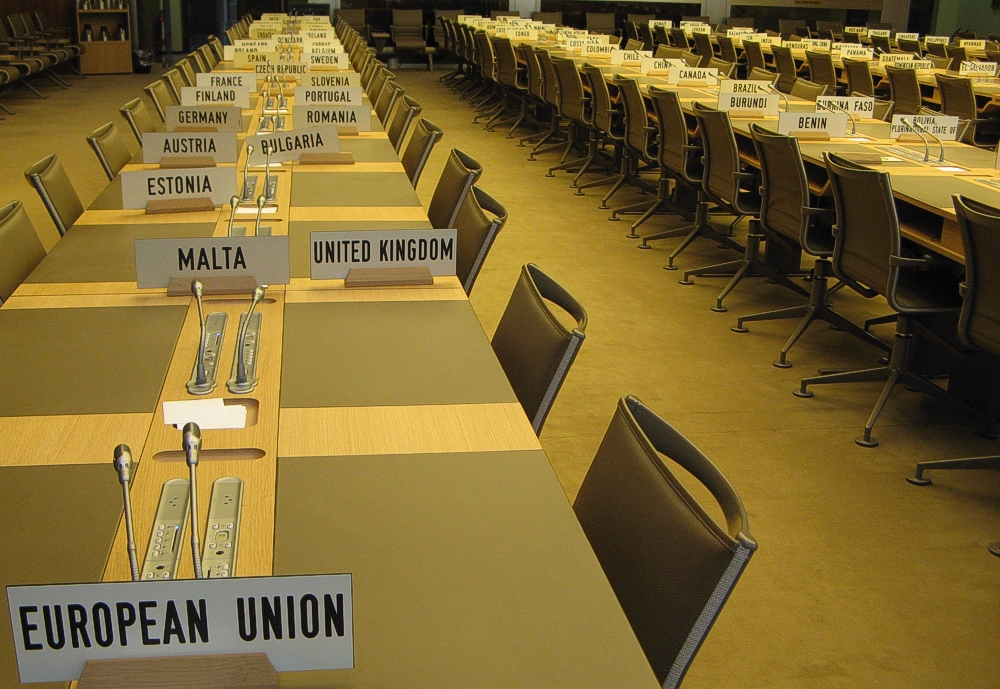 Adam Sharpe is my editor at IEG Policy. On October 5, he emailed me. “I almost spat my coffee out,” Adam wrote, “when I turned on twitter and saw that ‘EU-UK WTO’ was trending this morning. Looks like TRQs are now ‘mainstream’.”

“EU-UK WTO” was trending because suddenly the media were reporting on some highly technical discussions related to the UK leaving the EU (Brexit) and the implications in the World Trade Organization (WTO).

SEE ALSO
• What is the WTO? And is it undemocratic?

The surge in interest was sparked by reports of a “breakthrough deal” in the separation talks between the UK and EU. The two were about to agree on a common position in the WTO. More reports followed almost immediately saying the US, New Zealand and some other WTO members rejected that position. This sparked a flood of comments, in many cases reflecting misunderstandings.

So here are a couple of primers on what this was all about. We’ll get to the “breakthrough deal” and those “TRQs” in part 2. First, the UK’s WTO membership.

The UK is a member

What matters in practice is that for now at least, all other WTO member governments accept the UK will continue to be a member. They are the ones who count because the WTO is run by them, and it’s the members that the UK will be dealing with.

For what it’s worth, the WTO Secretariat, also shares the view. Director-General Roberto Azevêdo has said it on several occasions including in an interview with the BBC’s Stephen Sakur (partial transcript here). But it’s not the Secretariat’s decision.

The WTO was originally the General Agreement on Tariffs and Trade (GATT). The UK helped create GATT in 1948 and was therefore a founder-member. Then in 1973, the UK joined what is now the EU.

Then, in 1995 the WTO was created out of the GATT system. The EU became a member of the new organisation. So did the member states. Right now, the WTO has 164 members. The EU is 29 — the EU itself plus each of its 28 member states.

Because the EU has a common commercial policy, in the WTO it generally speaks on behalf of its member states (including the UK, France, Germany, etc). The member states do speak independently on issues such as administration and the budget, but not on the bulk of WTO affairs.

The UK will still be a member

The other source of confusion is the fact that the UK will have to negotiate something in the WTO. In fact, so will the EU, whose membership has not been questioned.

This is linked to confusion about WTO “rules”. A common misunderstanding is that if London and Brussels cannot agree on a bilateral free trade arrangement, then trade between them will fall back on “WTO rules”, in practice tariffs and quotas.

To understand why this is a misunderstanding, we have to distinguish between the system’s “rules” and its members’ “commitments”.

The WTO rule book is about 500 pages long. Its contents are the agreements the membership has negotiated over the years since the 1940s. They cover a wide range of issues, applying to all members:

Each of these includes principles such as non-discrimination, obligations to make information available, and special treatment for developing countries.

Individual members’ commitments are also the result of negotiations, but they are different for each member. Currently, they probably run to around 30,000 pages. They list what each member has agreed to do to open its goods and services markets and to limit certain types of subsidies. It’s all negotiated and some do more than others.

The lists of commitments are called “schedules” because they usually start off with timetables for achieving what was agreed, for example to reduce a tariff in equal steps over 10 years from 25% to 15%. They limit how much a country can protect its domestic producers, so if the listed tariff is 15%, then that’s a maximum. The country is free to apply a tariff below 15% but if it wants to go above (as Ukraine has done recently with some of its tariffs), it has to renegotiate.

WTO membership therefore requires both accepting the rules and making individual commitments. Does the UK do both?

Yes, both. But it’s the commitments that are most immediately related to Brexit. They determine the conditions of the UK’s trade with the rest of the WTO, particularly for import tariffs, quotas, farm subsidies and services. And they are what the UK and EU will “fall back on” bilaterally if they do not have a free trade agreement of some kind.

As an EU member, the UK’s commitments are bundled with the EU’s. (If you really want to look at the gory details you can see these pages on goods and services schedules. You have been warned.)

A tiny handful of people say that when the UK leaves the EU it will have to create its schedules of commitments from scratch. The UK’s schedules cannot be inferred from the EU’s. Therefore, according to this argument, if there is no agreement on the commitments on the day Britain leaves the union then it will not have schedules and therefore its membership will lapse.

But, as I said, for the time being at least, the people who count — WTO member governments — do not share that minority view.

In any case, if by Brexit day, March 29, 2019 — when the UK becomes an independent WTO member — a set of documents called schedules has been agreed in the WTO, then it won’t matter whether they should be seen as inferred or created from scratch.

Still, between now and Brexit day, some hard talking in the WTO lies ahead particularly for the UK, but also the EU.

These are the famous tariff-rate quotas (TRQs). I’ll explain them as simply as I can here, and look at the situation for the UK in the WTO here. (An older archived part 2 is here.)