The UK has agreed to keep EU names protected, but what about UK names in the EU? 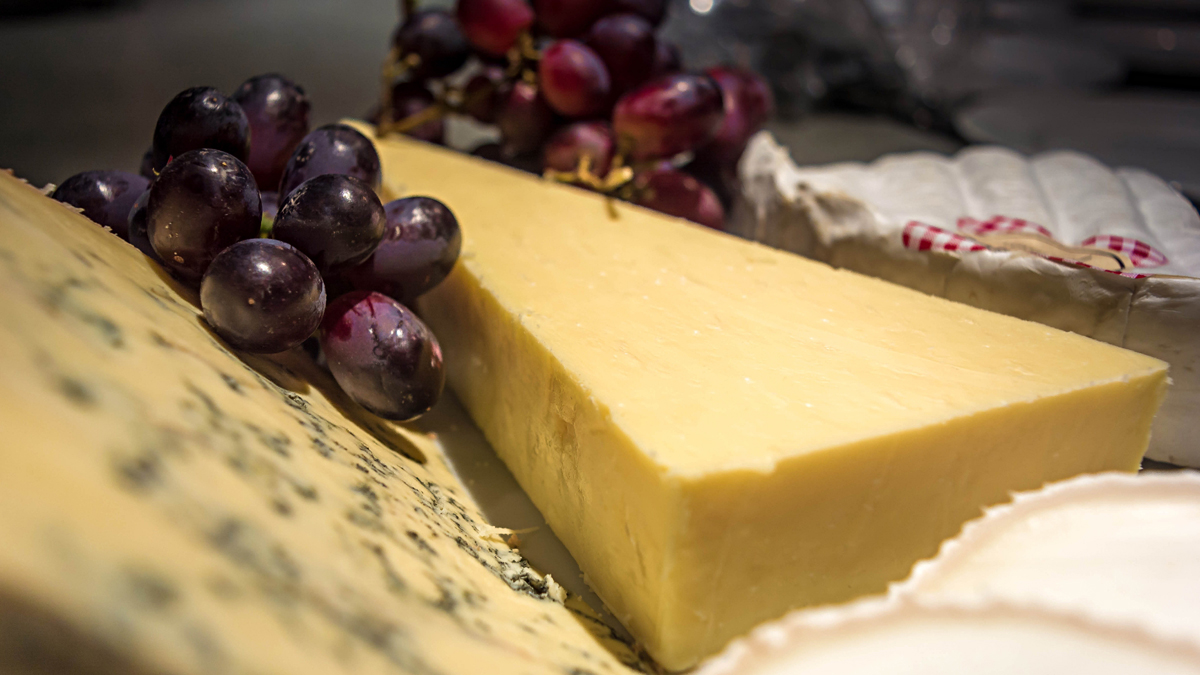 News that Britain wanted to renegotiate a deal struck in the Brexit Withdrawal Agreement on geographical indications — names such as Scotch whisky, Melton Mowbray pies, Cognac and Roquefort cheese — has triggered a discussion about what exactly was agreed, what wasn’t included and why not.

A report in The Guardian (echoing some earler reports) said the EU was “flabbergasted” that the UK wanted to water down the deal on geographical indications. “It’s just not going to happen,” the report quoted an EU official as saying.

And eventually, it did not happen. The post-Brexit trade agreement struck on December 24, 2020 has just 60 words on geographical indications. It simply refers to the Withdrawal Agreement and leaves open the possibility of possible future “reasonable endeavours” to agree rules:

Article IP.57: Review in relation to geographical indications
Noting the relevant provisions of any earlier bilateral agreement between the United Kingdom of the one part and the European Union and European Atomic Energy Community of the other part, the Parties may jointly use reasonable endeavours to agree rules for the protection and effective domestic enforcement of their geographical indications.

At this stage, we don’t know what was discussed in the negotiating room or whether the UK seriously proposed new rules at all.

SEE ALSO
What are geographical indications? What do they mean for post-Brexit UK?

According to the reports, the part the British negotiators were said to want to renegotiate is a commitment by the UK to continue to protect any names currently registered for protection in the UK under EU law — beyond the end of the Brexit transition and with the same level of protection as in the EU. This would apply to any names registered by the end of the transition, a type of “grandfathering”, but not new EU registrations.

The post-Brexit pact simply refers to “any earlier bilateral agreement” between the UK and EU — and that means the Withdrawal Agreement.

What about British names?

The discussion that the Guardian report triggered was about something else. Why does the Withdrawal Agreement say nothing about British names currently registered for protection in the EU? What does that mean?

There are no explanations from the British negotiators who worked on this under the governments of Theresa May and Boris Johnson. But there are clues.

Exhibit 1: what the EU says

“EU-approved geographical indications bearing names of UK origin (eg, Welsh Lamb) remain unaffected within the EU and therefore continue to be protected in the EU.” So says an EU question-and-answer explanation of the Withdrawal Agreement.

If protection for Orkney Scottish Island Cheddar or Rutland Bitter is to lapse, their names would have to be removed from the EU registers. Even if the EU wanted to, that might be more difficult than it seems.

So if British names meet EU criteria for registration while the UK is an EU member, they still meet those criteria after Britain has left. If protection lapsed just because the UK became “foreign”, the EU would be violating national treatment.

Since the EU is bound by non-discrimination (national treatment), the only way protection for British names might lapse is if the EU weakened the criteria for protecting its own names too.

That’s not going to happen.

The EU is one of the leading drivers of protection for its names around the world. Geographical indications are a priority in EU trade negotiations. Even where it does not have a proper trade agreement, it has deals on protecting at least some of its names, for example agreements on wine with the US and Australia.

In April, the EU announced the result of a study showing that geographical indications are “a European treasure worth €75 billion”, doubling the sales value of products with protected names.

I’m not a lawyer. But what I’ve heard from lawyers and other experts suggest this is a likely explanation. If it’s wrong, I’ll correct this article.

Note that in January 2021 the British names stay registered in the EU, even though the UK is no longer listed among EU members but as a non-member on GI View — the EU’s database of names it protects.

That second point is because geographical indications have to be accepted for protection in the country of origin before they can be protected elsewhere.

(Note that the revised version of the guidance published on October 13, 2020 now uses “should”: “From 1 January 2021 all UK GIs registered under the EU GI schemes by the end of the transition period should continue to receive protection in the EU.” That, presumably, reflects the possibility of further negotiation, mentioned in the UK-EU post-Brexit deal on trade.)

The strange case of EU-registered names in the UK

The first point to make about EU-registered names in the UK is the strange nature of paragraph 2 of article 54 of the Withdrawal Agreement.

It applies to all names protected in the EU, but only via registration — not where non-EU names are protected as a result of a formal treaty, such as the EU-Vietnam free trade agreement (see this technical note).

Naturally it applies to EU names. But it also applies to non-EU names registered in the EU by the standard process for application and registration.

In practice that means the UK is obliged — as a result of registrations in the EU before the end of the transition — to continue to protect the likes of:

But the UK is not obliged to continue protecting geographical indications listed in EU agreements, such as:

The UK now protects some of these under its own agreements such as the free trade deal with Vietnam (which simply applies the list in the EU-Vietnam agreement with appropriate alterations) and deals on wines or spirits or both with Mexico (spirits), Australia (wines) and the US (wines and spirits) — although something strange is going on with the US names (some details in this technical note).

Remarkably, it also applies to British names registered in the EU.

“More than 3,000 geographical indications [will] remain protected in the United Kingdom,” the EU says.

So, the EU has persuaded the UK to sign an agreement guaranteeing to the EU that British names currently protected in the EU remain protected in the UK according to EU standards beyond the end of the transition.

The fine print is that Britain could withdraw protection in the UK for a British name. That name would automatically cease to be protected in the EU.

So what was the UK demanding? And if there are talks in the future, what might it demand? It could be about that odd provision, simply to narrow it down to EU names, not everything registered in the EU.

Or it could be to weaken the protection for EU names so that, for example, the UK can strike a deal with US and Australia allowing their soft crumbly, grainy brined curd white cheese made from sheep/goat milk to be called “Feta” when sold in the UK. (At the moment, if it’s called Feta it must come from Greece.)

So far we haven’t been told what the UK wants.

If it really is to weaken protection for EU names then it has a fight on its hands.

It’s true that the agreement also says the part on geographical indications can be replaced if Britain and the EU agree on an alternative as part of the talks on their future relationship.

Britain had already agreed to the terms in the Withdrawal Agreement and allowed the EU to bank that (dare we call it a backstop?). Given how much importance the EU attaches to geographical indications, British negotiators must know that the EU would only agree to weaken protection at an extremely high price.

Extract from the 2019 version of the Withdrawal Agreement

The first subparagraph shall not apply where protection in the Union is derived from international agreements to which the Union is a party.

This paragraph shall apply unless and until an agreement as referred to in Article 184 [“Negotiations on the future relationship”] that supersedes this paragraph enters into force or becomes applicable.

Updates:
January 10, 2020 — clarifying the situation with names from non-EU countries with a link to a new technical paper
January 6, 2021 — clarifying names protected in the EU by registration versus by agreement, and implications for protection in the UK after Brexit
January 5, 2021 — adding information on and from GI View and the status of UK names on it after the end of the Brexit transition
January 1, 2021 — Title changed. Originally: Will ‘Melton Mowbray’ continue to be protected in the EU with no deal?
December 26, 2020 — adding confirmation in the December 24, 2020 post-Brexit agreement; and clarification (“the fine print”) that if a British name is no longer protected in the UK, it ceases to be protected in the EU
October 14, 2020 — adding revised UK guidance for no deal, with re-worked text on UK names in the EU
August 29, 2020 — adding the quote from UK guidance for no deal; the text of Article 54(2) of the Withdrawal Agreement; with some editing