Okonjo-Iweala faces a crash course in WTO diplomacy, a car crash, or a third way. Which will it be? 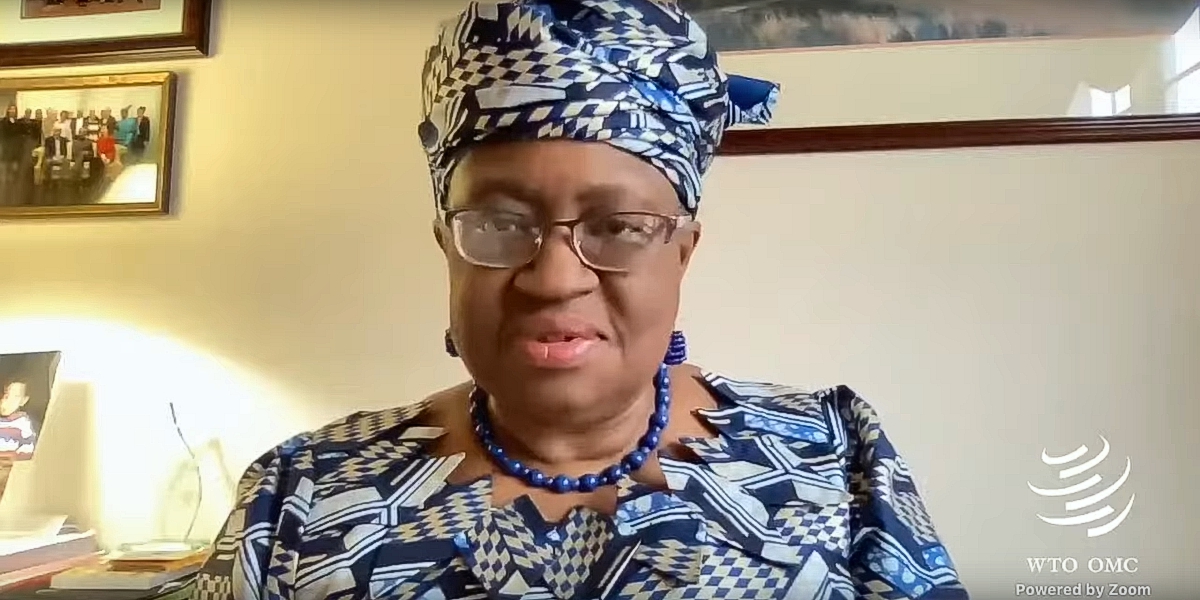 ‘Someone has said that the definition of madness is doing the same thing you’ve done for years.” So remarked Ngozi Okonjo-Iweala shortly after she was accepted as the World Trade Organization’s next director-general on February 15, 2021.

She was speaking in an online press conference, outlining her view of where the WTO might be heading and how she might contribute.

Her first statements shed light on her intentions at the WTO and signal possible delicate times ahead. With some forthright suggestions on issues where members are divided, her approach has risks. (See also her acceptance statement in the WTO General Council.)

Okonjo-Iweala describes herself as a reformer, but achieving that without any executive power — except to run the Secretariat — will be a challenge.

SEE ALSO
● Dire WTO General Council meeting shows scale of Okonjo-Iweala’s task
● Ngozi Okonjo-Iweala is the new WTO chief, but let’s not get carried away
● US ends deadlock over next WTO director-general
● Is the WTO choosing a saviour? Or a butler?s

The real decision-makers in the WTO are the members. If she is too forceful she can alienate them. If she is too weak they may ask if it was a mistake to pick her. A honeymoon period might delay members taking offence, and give her time to find an appropriate balance.

Eight months after she was nominated — including four months of deadlock over her appointment — Okonjo-Iweala has done her homework, studied the key issues and arrived at some pretty firm ideas. She said she would start off meeting and listening to the delegations but also presenting to them some proposals.

That promises to be an interesting ride in a member-driven organisation that has been bogged down “doing the same thing” for years, and getting nowhere on the higher-profile tasks.

Being determined is not enough. She will need all her diplomatic skills and intellectual sharpness to keep the membership with her, and to learn not to sail too close to the wind.

Okonjo-Iweala takes office on March 1, 2021. Her term is more than the normal four years, otherwise it would have been shortened by the deadlock and other delays. It ends in the more traditional handover period — the summer break — on August 31, 2025. Normally, it can be extended once, for four more years.

Her press conference was hours late. It followed a marathon online session of the WTO General Council lasting well over four hours with only one item on the agenda.

After the quick consensus decision to appoint her came a stream of welcoming statements from ambassadors representing many if not most of the 164 members. The honeymoon had begun, both in those statements and much of the press coverage.

Okonjo-Iweala promised to be “a fresh pair of eyes [and ears], someone who is different, and someone who will not accept the way business has been done all the time.”

She stressed: “It cannot be business as usual at the WTO”

Ironically, that last statement has become a cliché in the WTO, repeated over the years after each deadlock came to a head. In her own terms, the repeated cliché is madness too, even if the US approves.

Part of the challenge Okonjo-Iweala has set herself, is to show that she can really inspire something different.

COVID-19 and vaccines dominated her press conference. She drew on her experience as chair of GAVI, the global vaccines alliance, and an article she wrote for Think Global Health barely a fortnight earlier.

She had two concrete ideas on this related to the WTO: to reduce the threat of export restrictions on medicines and other products, and to encourage licensing as a way of expanding production around the world, particularly for COVID-19 vaccines.

Licensing, she said, would be a “third way”, a means of defusing controversy over a proposal to waive intellectual property rights temporarily to deal with the pandemic. The WTO is essentially a forum for negotiations between governments. For it to actively work with private companies so they licence their intellectual property would certainly be new. Normally that is the role of the World Health Organization or GAVI.

Perhaps India, South Africa and their allies would be content for their controversial proposal to be sidestepped in the interests of global vaccine production. Or perhaps they would see it as an unwanted deflection away from their long-standing attack on WTO rules on intellectual property rights, which they consider to favour rich countries and large companies.

(UPDATE: The membership’s initial reaction was muted. After she repeated the proposal in the General Council meeting on her first day in office, March 1, 2021, only one delegation out of about 30 speakers welcomed her proposal to talk to the private sector and even that one did not discuss voluntary licensing specifically, according to a WTO official.)

Okonjo-Iweala discussed in some detail the crisis in the appeal stage of dispute settlement. She drew on points compiled by New Zealand ambassador David Walker — at that time chair of the WTO’s Dispute Settlement Body — but rejected by the US under Donald Trump.

These included whether the Appellate Body had “overreached” its power to interpret WTO law — including whether rulings should be based on precedent in previous cases — and the consistent failure to present rulings within the normal 90-day deadline. (“Overreach” also covers drawing on broader principles of international law rather than staying strictly with what is in negotiated agreements.)

“There were specific criticisms of the Appellate Body overreaching the mandate that was agreed to by members. Kind of going to jurisprudence,” she said.

The system “is supposed to settle disputes among members. So case law and all that is not what it’s supposed to be about. And there are also accusations or criticisms that [citing case law] goes beyond the mandate that members signed on to.”

And she concluded, controversially: “That’s a very specific criticism that I think is valid.”

The US would approve. After all it was the US that had raised the complaint most forcefully — since the time of Barrack Obama with Biden as his vice president. It’s unclear whether other members would disapprove. Some might.

The US’s problem is not just philosophical. Underlying it are rulings against the US for using a particular method (“zeroing”) in technically-complicated trade measures (anti-dumping investigations) affecting products such as steel and aluminium. The US has tried and failed to secure agreement in negotiations on WTO rules for “zeroing” to be made explicitly legal.

When disputes are based on case law, future cases would follow precedent: “zeroing” would — generally — continue to be illegal.

Without case law, there is still no guarantee that a new dispute would have a different result, but the chances improve. And it would increase the likelihood that the US would continue to use “zeroing” leaving it up to objecting countries to test the rules in repeated disputes. No one could be certain whether “zeroing” is legal or illegal.

That’s one of the justifications for basing rulings on case law: to make interpreting WTO agreements consistent and predictable. Remove that and it’s difficult to say “X is legal and Y is illegal, because that’s how the rules were interpreted in Case Z”. The next case could have a different result.

Normally if WTO directors-general come down on one side of a controversy, they face resentment and suspicion from at least one group of members, weakening their ability to be honest brokers.

Okonjo-Iweala also said there was a “strong” chance of concluding negotiations in the coming months on fisheries subsidies, which have dragged on for 20 years and missed last year’s deadline set by Target 14.6 of the UN Sustainable Development Goals. But she said she would need to talk to the chair, Colombian Ambassador Santiago Wills, to find out what the problems are and where solutions might be found.

She said she would also talk to countries opposing a decision on World Food Programme purchases to see if a compromise could be possible — the decision would exempt the UN agency’s purchases for humanitarian food aid from any export restrictions but is opposed by India and some others.

Perhaps her most controversial comment was on the need to change WTO decision-making. She based this on her experience with the deadlock over her selection. To do that would mean changing the WTO’s consensus rule. In the past members have refused to consider it, even for choosing a director-general.

So where is Okonjo-Iweala heading? A car crash, which would be the fate of many forceful directors-general? Or a crash course in WTO diplomacy? Okonjo-Iweala speaks of a “third way”. Perhaps she has the imagination and diplomatic and negotiating skills, plus her honeymoon period, to keep the membership with her. Time will tell.

But even if she is successful with part of her agenda, the likelihood is that the most difficult questions will depend on the big players, not the director-general, and the most important assets she will need may be patience and understanding.