Will the US prevail? What actually lies ahead? How long will it take? And if the waiver is agreed, what impact will it have? 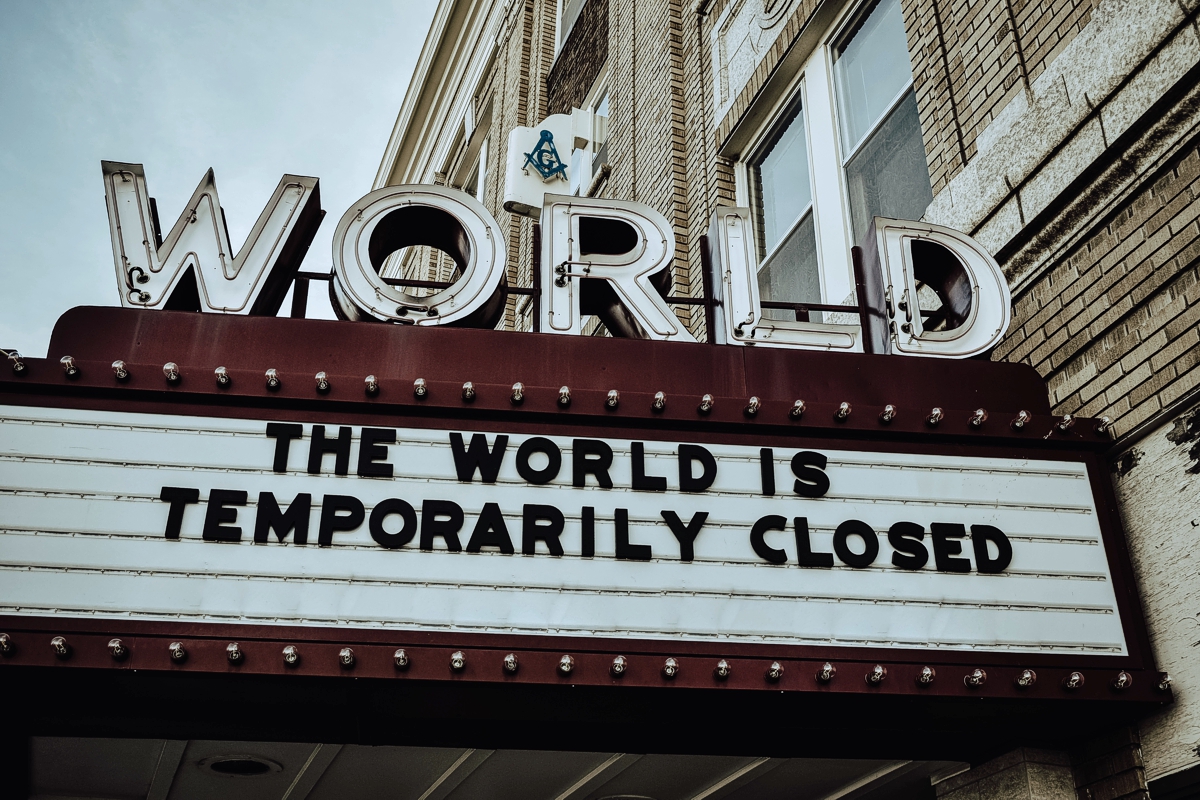 It’s tempting to conclude that the proposed waiver on World Trade Organization (WTO) intellectual property rules related to the COVID-19 pandemic will swiftly be agreed now that the US is supporting it.

It’s also tempting to assume that if the waiver is agreed, then intellectual property on vaccines and other COVID-19 products will be freely available and in use around the world.

Neither of those will necessarily happen, and almost certainly not quickly.

In her brief announcement on May 5, 2021, US Trade Representative Katherine Tai warned that the “negotiations will take time given the consensus-based nature of the institution and the complexity of the issues involved”.

Some observers are convinced that US leadership will prevail. Others say it’s now more likely that the deal will be sealed at or before the next biennial WTO ministerial conference, November 30 to December 3 this year.

But will it? What actually lies ahead? How long will it take? And if it is agreed, what impact will it have?

Whatever the answers are, the US move is important, but not necessarily in the way it appears at first glance.

We need to be clear, above all, what a WTO “waiver” means, and this may come as a surprise.

It is possible that the US helps build consensus approval for the waiver in the WTO, and then keeps American intellectual property protection unchanged.

To repeat: the US could back the waiver and still protect patents on COVID-19 vaccines.

A WTO waiver means waiving obligations under WTO rules — in this case suspending the obligation to protect patents. It does not create new obligations to suspend actual protection.

So one of the questions is: which countries would suspend intellectual property protection under the waiver? And which would not?

This may matter. There are experts who doubt if the US would actually suspend protection even if the waiver were agreed. Some cite constitutional implications, but the US government might be able to find a way around that.

One credible explanation is that in reality the US administration is using the threat of the waiver to pressurise vaccine manufacturers to increase production and to supply the world at affordable costs, including by licensing or sharing the technology with others who are able to make the vaccines.

This would certainly be a swifter and more effective outcome for dealing with COVID-19 than a lengthy negotiation over the waiver, followed by countries revising their laws and regulations — as they would have to — when they want to use the waiver.

The US announcement is only the beginning. As Tai said, a decision requires consensus — meaning no objections — among the WTO’s 164 members. And there are still large gaps to fill.

One is to persuade other waiver-sceptical and uncommitted countries to back it.

That includes Brazil, the EU, Japan, Norway, Switzerland and the UK, which oppose the waiver.

The German government still opposes the waiver, suggesting the EU will struggle to support it. EU Commission Vice President Valdis Dombrovskis told the European Parliament that the EU would focus on making sure flexibilities in the WTO’s intellectual property agreement work. Two EU papers were circulated in the WTO on June 4, 2021.

Switzerland doesn’t sound persuaded. Brazil’s reaction sounds positive but it has not withdrawn its opposition.

It also includes a number of agnostic WTO members who are seeking evidence that intellectual property protection is a real hindrance, such as Australia, Canada, Chile and Mexico, and perhaps China.

The other is to persuade the waiver’s backers — India, South Africa and large numbers of developing countries — that the waiver should only apply to vaccines, a position New Zealand now shares with the US.

The proposal, and various arguments made in favour of it, extends far beyond vaccines to antibody therapies and anti-viral medicines, personal protection equipment, ventilators and respirators, and other products.

The immediate reaction of a decades-long critic of WTO intellectual property rules was to challenge the US administration’s sincerity.

Germán Velásquez, formerly with the World Health Organization and now at South Centre — which works closely with India, South Africa and their allies — criticised Tai’s emphasis on supporting intellectual property protection and her warning about the time needed to negotiate. He queried “just how far the US is willing to go”.

Some of this may be posturing by the waiver’s supporters. Alan Beattie writing in the Financial Times suggested it might be.

In that case it might be possible that the negotiation would boil down to deciding which products apart from vaccines the waiver would cover.

It’s also possible that in the interests of getting the waiver through, its supporters are willing to settle for vaccines only.

But past experience suggests it won’t be so easy, and the negotiation will be a lot more complicated than that. We haven’t yet seen the promised new text from India and South Africa. We don’t know what additional conditions the US and other countries might include in their response.

The proposed waiver is supposed to be time-limited, to apply only to intellectual property related to COVID-19, and to cover patents, copyright, industrial designs and trade secrets.

A typical WTO deal would include disciplines to ensure countries using the waiver stay within those limits. It would also require countries to be transparent about how they implement the waiver, including notifying each other on their laws and related actions through the WTO.

Supporters of this waiver are already complaining that a previous decision on patents and health imposed “onerous” notification requirements even though in some cases it amounted to a simple half-page document.

But we cannot rule out a longer stand-off. That will depend on how flexible all WTO members are, whatever their position on the spectrum of opinions.

“I still am pretty sceptical that we will get anything this year. I suspect that the details will get in the way of the idea, and the [World Trade Organization] will delay a final decision for quite some time,” intellectual property professor Bryan Mercurio told Fortune.

Either way, if there is agreement, it will be pretty late in the drive to vaccinate the world and fight the pandemic.

(On February 3, 2022, Nature reported that South African scientists had successfully copied Moderna’s mRNA COVID-19 vaccine. This was achieved without a WTO waiver because the scientists used publicly available information and Moderna said it would not enforce its patents — Moderna voluntarily waived its own patents. The breakthrough was still some time away from obtaining approval for general use. It was part of the World Health Organization’s “hub and spokes” programme for spreading vaccine technology.)

Once the wavier has been agreed, any country wanting to suspend intellectual property protection under it will have to change its laws and regulations. This will be easier for some and more difficult for others.

The US has a constitutional obligation “to promote the progress of science and useful arts, by securing for limited times to authors and inventors the exclusive right to their respective writings and discoveries”. Some flexibility may be possible under the constitution. How the US deals with that remains to be seen.

And then there are questions about what the effect of suspending intellectual property rights might be.

“Little (if any) evidence has been presented that suggests IP protection is blocking COVID-19 vaccine manufacture. Rather, technical and logistic issues are the biggest barriers currently standing in the way of increasing vaccine production and deployment. To boost vaccine availability right now, it would be better to address these,” scientist Anne Moore of University College Cork wrote in an article published by GAVI, the vaccine alliance.

Or, “A waiver helps to keep generic manufacturers safe from patent litigation. But they won’t even get to that stage without the cooperation of the inventors,” says Jayashree Watal, ex-WTO Secretariat and a leading expert on intellectual property and access to medicines.

Or, “if a top pastry chef tells me to bake a cake, their version is going to be better than my version. I’m not going to be able to do it. The reason is that while patents are important, it’s the know-how, or what we call […] trade secrets, that really add value in order to successfully manufacture quality, safe, and effective pharmaceuticals or vaccines. That is the key,” Mercurio said in his Fortune interview.

His concerns are not just about countries’ ability to replicate complex production processes. It’s also about quality and quality control, which may require the original manufacturers to participate, like the pastry chef mentoring the amateur.

“My worry is, in some countries, where standards might not be so strong, there’s going to be a lot of substandard vaccines coming into the market and which could actually have devastating effects.” (See also his paper on the waiver.)

The waiver proposal includes suspending protection for trade secrets. But even if a country scraps the protection, getting a company to reveal its secrets is difficult.

“You can’t force the company that hold these secrets to pass it on to you,” Watal says.

This may also lead to a battle over the waiver’s coverage. Copying biotechnological vaccines is not the best way to fight the pandemic, but the same cannot be said for protective equipment and ventilators, or even some therapeutic medicines.

In other words, this waiver story promises to run and run.

That said, let’s not underestimate the importance of the US’s move, for the WTO and the multilateral trading system.

It signals Washington’s return to engage properly with other countries in the WTO and to take the initiative where needed.

Joe Biden and Katherine Tai have brought to an abrupt end the disdain shown by Donald Trump and his US Trade Representative Robert Lighthizer. It has changed the mood in Geneva.

But what WTO members need now is a similar US engagement on more fundamental problems, particularly in dispute settlement, where the Trump Administration created the crisis. On that, the world is still waiting.

Articles linked in the text above, and some others can be found in a long, periodically updated, reading list here.

Updates:
February 6, 2022 — adding the Nature report on South African scientists copying Moderna’s vaccine
June 5, 2021 — adding link to technical note on the new EU papers
May 9–19, 2021 — adding the reactions of Brazil, the EU, Germany and Switzerland, the Anne Moore and Jayashree Watal quotes, and the “Find out more” section; modifying the wording on the US constitution