May 31, 2022: new draft texts circulated ahead of the June 12–15 re-scheduled Ministerial Conference.

WTO agriculture negotiations started the year 2022 with members taking stock of where the talks were and how they might proceed, after a year of hard and intensive work that produced new proposals, but no change in fundamental, deadlocked positions.

The momentum had been created as negotiators strove to present common ground for the Ministerial Conference, scheduled for November 30–December 3, 2021, but postponed because of travel and other restrictions due to the COVID-19 pandemic.

An informal negotiation meeting on January 24, 2022, cast doubt on the fate of the only attempt to reflect the current state of the talks in a single text, according to a trade official in Geneva — “to be or not to be”, the official said. 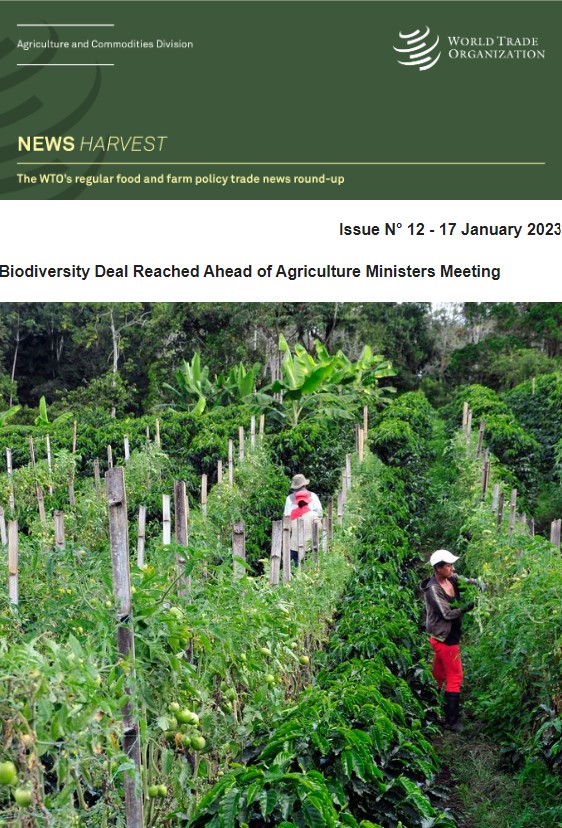 The official was referring to the revised draft decisions circulated two months previously, that the chair, Ambassador Gloria Abraham Peralta of Costa Rica, had proposed submitting to the Ministerial Conference.

In the meeting, most delegates said they were committed to maintaining the momentum and to make use of the extra time available because the Ministerial Conference has been postponed.

Australia, Brazil, Canada, Japan, New Zealand and Switzerland were among countries in favour of continuing to work with the draft.

Brazil described it as “an important asset to preserve in an organization that has been criticised for dealing with multilateral progress since its creation,” the official said.

But a number of developing countries opposed the draft.

India described it as a “mistake”, called for it to be withdrawn or shelved and complained about a “chair-centric process”. Thailand objected to what it saw as India challenging the chair’s integrity.

Sharing India’s criticism of the draft were the 47-member G–33 Group, which includes China, and the African Group, and African Caribbean and Pacific (ACP) Group, according to the official.

Their main complaint is the lack of detail on their two favoured issues, which are at the heart of the deadlock in the talks.

Because members are so divided on the specifics, Abraham Peralta proposed brief paragraphs for the ministerial decisions on these two topics. They would simply commit members to continue their talks.

One issue is public stockholding for food security in developing countries. This is about the particular case when domestic support limits are breached if the stocks are purchased at government-set prices. The G–33 circulated a revised proposal in September 2021.

Abraham Peralta has described this as the most difficult issue in the talks.

The other is a proposed new special safeguard for developing countries to raise tariffs defensively when prices fall or imports surge.

Explaining her draft on the safeguard, the chair had described “deep divergence among members on some fundamental aspects” of the proposal, and said “a substantive outcome” at the Ministerial Conference “even in a limited or temporary setting [was] increasingly unlikely”.

In the January 24 meeting, the EU proposed setting the chair’s draft aside for the time being while members dig deeper into technical issues.

The countries in favour of working with the chair’s text did have comments on it.

The G–10, which is more defensive on agriculture, and includes Japan, Norway and Switzerland, wanted more on market access and transparency. One of the group’s concerns is export restrictions which affects importing countries’ food security, and for this it is seeking more transparency.

The US called for the draft to be stripped down further so that ministers could reach consensus agreement more easily.

Because of new challenges posed by the COVID-19 pandemic, many countries — both developed and developing — said their priority would be hunger and food insecurity.

Switzerland, Japan, New Zealand and Brazil were among countries saying food security should be clarified. This, they said, should go beyond public stockholding and could include domestic support, market access, and a proposal to exempt World Food Programme purchases from export restrictions, according to the official.

A week before this meeting, Abraham Peralta had consulted about 30 delegations, including coordinators of the various groups.

She acknowledged members’ differences. She urged them to keep up the momentum, to be realistic, pragmatic and flexible, and to submit new ideas. The chair assured them she would reflect their views and that any discussions on technical or other issues in smaller groups would be transparent and inclusive.

WTO members consider the agriculture negotiations to be one of the most important topics on their agenda. But after almost 22 years of ups and downs, the talks have only produced results in two areas — eliminating export subsidies, and a temporary decision to shield developing countries’ food security stocks from legal challenge over breaches of domestic support limits.

Unlike drafts circulated in the 2000s, Abraham Peralta’s text is not a draft agreement except on exempting the World Food Programme from export restrictions.

It mainly proposes ministerial decisions on how to continue the negotiations in eight topics:

The draft is the result of heightened activity in 2021 including over 30 proposals and other documents, 35 negotiating sessions of the full membership, and many more small-group on technical and other subjects.

The chair circulated a first draft in July 2021 and the revision in November.