Following the ‘success’ in June, the new enthusiasm for ‘retreats’ suggests WTO members don’t actually know what to do 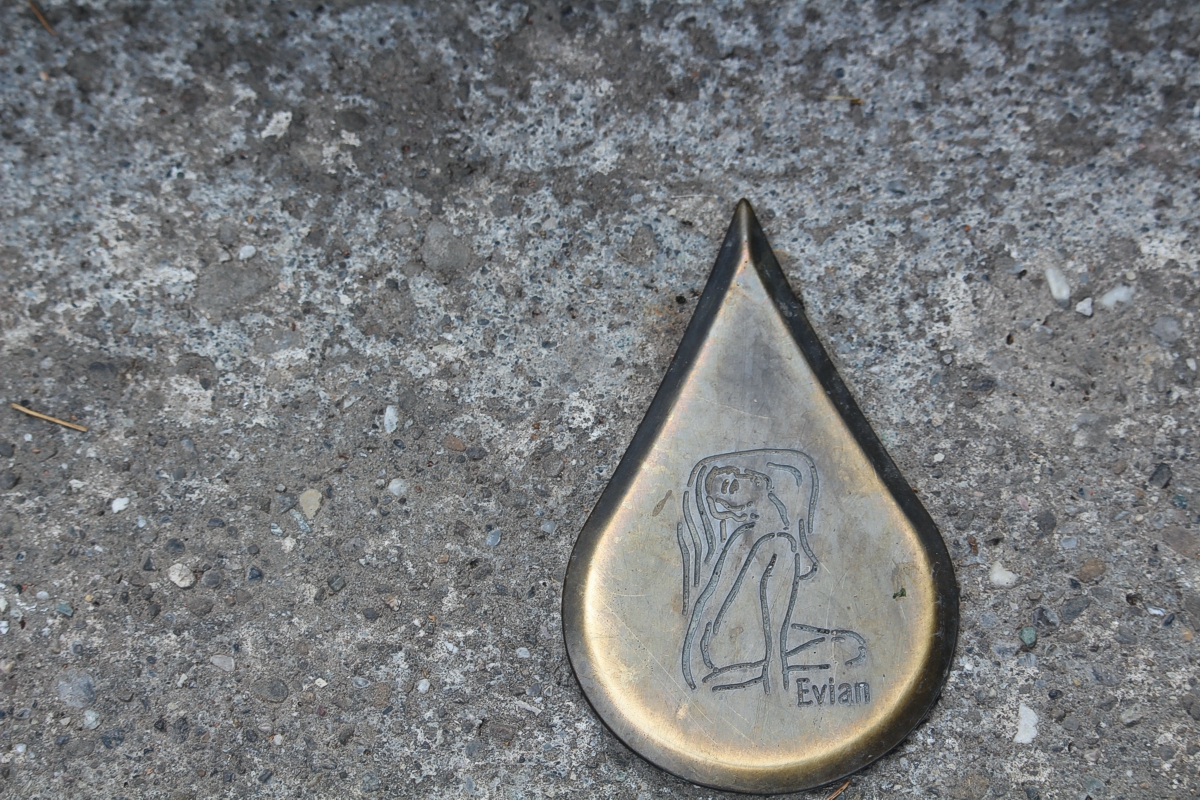 An epidemic of retreats is breaking out at the World Trade Organization (WTO).

On Monday October 10, 2022, WTO members gathered in Evian in France (cross the lake and turn left) to talk about fish. A fortnight later they were back on the Geneva shore to discuss agriculture. Not long after, they talked about “WTO reform”.

There’s even a call to do the same on intellectual property. The list is getting longer. The epidemic could become a pandemic.

WTO members already meet almost all year round, more or less every day.

But these gatherings are different. They are described as “retreats” where members can “brainstorm” on solutions to deadlocks on key issues.

It’s almost as if the successful Ministerial Conference in June was actually a dead end.

Members reached agreement, cheered, breathed a huge sigh of relief, and fell silent a few weeks later when confronted with: “What do we do next?”

Retreats are not new in the WTO. A few years back one was held a bit farther along the foot of the Alps in a plush château in Annecy, also in France.

Those were the days when members grudgingly accepted that meetings among smaller groups of key delegations were essential for breaking deadlocks in negotiations — a practice they had to accept again in this year’s June Ministerial Conference. Not that the Annecy retreat produced anything major.

Other names have been given to the idea of getting away from it all in order get back into the flow. In winter there have been “fireside chats”, or when the weather was good they became “walks in the woods” (in a sense, a nuclear option).

A retreat can either be a time of solitude or a community experience.

Some retreats are held in silence, and on others there may be a great deal of conversation, depending on the understanding and accepted practices of the host facility and/or the participant(s).

Retreats are often conducted at rural or remote locations, either privately, or at a retreat centre such as a monastery.

Some retreats for advanced practitioners may be undertaken in darkness, a form of retreat that is common as an advanced Dzogchen practice in the Nyingma school of Tibetan Buddhism.

A retreat is not just for getting away — that’s called a holiday, and WTO delegates were just back from their summer break.

At the very least, it should involve some isolation, but it’s hard to imagine participants agreeing to leave their phones, tablets and laptops outside the door.

Unlike the Annecy retreat, the 2022 WTO series is open to all 164 members.

Only the October 10 event in Evian was away from the WTO. The ones on agriculture and WTO reform were at the WTO — a retreat into the WTO rather than away from it.

Whether they were any different from any other informal WTO meeting remains to be seen. Presumably they were not bound by any mandate or standard agenda, and delegates could forget instructions from capitals. In practice even that did not hold.

But free thinking and frank discussion among 164 delegations is never easy. In such large gatherings, the temptation is always to echo what’s said in normal meetings.

Why are retreats needed at all?

An agreement was reached at the June Ministerial Conference on curbing harmful subsidies. But it had one gaping hole where the net was supposed to catch perhaps the biggest fish of all: “subsidies contributing to overcapacity and overfishing”.

The Christian retreat can be defined most simply as a definite time (from a few hours in length to a month) spent away from one’s normal life for the purpose of reconnecting, usually in prayer, with God.

Although the practice of leaving one’s everyday life to connect on a deeper level with God, be that in the desert (as with the Desert Fathers), or in a monastery, is nearly as old as Christianity itself, the practice of spending a specific time away with God is a more modern phenomenon, dating from the 1520s and St. Ignatius of Loyola’s composition of the Spiritual Exercises.

The fasting of Jesus in the desert for forty days is used as a biblical justification of retreats.

Try as they might, negotiators could not agree on how to tackle these, so essentially they agreed “blah-blah-blah” with a timebomb attached. If they cannot strike a proper deal on this, the whole agreement will blow up four years after it takes effect.

The October 10 retreat mainly aimed to dodge that explosion.

On September 26, WTO Director-General Ngozi Okonjo-Iweala reminded negotiators that it was important to resolve this deadlock — as their ministers had agreed.

She urged them “to brainstorm together at a fisheries subsidies retreat slated for 10 October on how to advance these negotiations.”

Two other things have to happen.

WTO members have to agree on a new chair for the negotiations since Santiago Wills is no longer Colombia’s ambassador and has joined the WTO Secretariat as head of the Council Division.

Each of them also has to ratify the agreement, otherwise not even the leaky net will take effect.

UPDATE
The WTO website published a news story on the October 10 fisheries subsidies retreat later the same evening. Understandably, it is vague on what participants actually said. About 200 officials from almost 100 countries attended. The retreat included breakout groups. Former chair Santiago Wills summed up with these points:

A bit more detail is here

The situation with the agriculture negotiations is far worse.

At the Ministerial Conference, members were deadlocked over the two large unresolved areas in the talks — trade-distorting domestic support (and yes, that includes support involved when public stocks are procured), and tariffs, tariff-quotas and other aspects of market access.

So bad was the disagreement that they simply binned the draft on the table, even though it already said nothing.

The mandate for the negotiations probably does need re-thinking, but it’s hard to see a meeting of 164 members achieving a breakthrough. At best it might encourage them to listen to each other more seriously.

Some talk in smaller groups is probably unavoidable if the talks really are to be given new direction.

This retreat — if it can be called that — was on October 24 at the WTO.

Oh, and a new chair was needed for the agriculture negotiations too.

UPDATE
Accounts from some people present in the October 24 retreat suggest it was stronger on alerting delegates to new challenges than on developing new negotiating approaches. The fact that the talks still don’t have a replacement chair may have had an impact, but several delegates are said to have read out prepared statements rather than enter into the brainstorming spirit of a retreat.

Judging by the WTO website news story on the retreat, published almost immediately afterwards, WTO Director-General Ngozi Okonjo-Iweala was more upbeat about what the retreat achieved than some participants. Again, understandably, it was vague on what participants actually said.

Everyone agrees that the WTO needs reforming. But what does that mean?

The answers are all over the place. What was agreed at the Ministerial Conference says next-to-nothing.

These are some of the issues that have been mentioned by at least some delegations:

No doubt some ideas will become clearer when members start discussing this properly. Much depended on how Swiss Ambassador Didier Chambovey, who chairs the General council, and Okonjo-Iweala handled the discussion. How did they do?

UPDATE
The retreat took place on November 10, 2022 at the WTO. Almost no information emerged from the WTO website news story on the retreat, published a day later. Not even a list of the topics covered to clarify what “WTO reform” involves.

However, according people present in the retreat, the topics covered included:

More was revealed by Inside US Trade. An official is quoted saying the discussions did not break new ground or cover specific ideas on how to move forward with the reform discussions. This is a flavour:

“The discussion centered on two questions, the official said: ‘What should be accomplished to take advantage of available opportunities, address the challenges the WTO is facing, and ensure the WTO’s proper function?’ and ‘How can members best structure the WTO reform process in order to steer the discussion toward realistic and meaningful outcomes?’

“WTO members were broken into five groups for breakout discussions, with each group representative of the larger membership. But those group discussions didn’t break new ground.

“For instance, one topic was the role that plurilateralism — the WTO’s Joint Statement Initiatives [which involve only part of the membership] — plays in the multilateral process, according to the official. Participants in the JSI discussions say they are an effective way to move negotiations forward when they would otherwise be stalled, while other WTO members claim the talks take away from other priorities, like unfinished Doha Developmental Agenda items. JSIs came about because Doha round negotiations stalled and some WTO members sought a way to discuss new issues outside of a single undertaking.”