Considerable differences exist in how much support governments around the world give to their farmers and their agricultural sectors. The differences are the reason why negotiating in the World Trade Organization (WTO) to cut subsidies is so difficult

The Organization for Economic Co-operation and Development (OECD) monitors agricultural support its members and some others and publishes the figures annually.

There are many ways of calculating subsidies and other support for agriculture. The OECD uses a particular set of measurements. The approach is based on economics, such as how much of farmers’ income is the result of various policies, or comparing present domestic and world prices.

By contrast the WTO’s measurements are designed as tools for reducing support and prevent backsliding. So, for example, trade-distorting support measured in the WTO (the Aggregate Measurement of Support, AMS) compares present prices with those of a base period of 1986–88, which has little use in economics but is simpler for designing cuts.

Below are charts ranking the 28 countries using the OECD’s data for:

Unfortunately the charts are not really suitable for reading on small screens.
They and the data have also been uploaded in this Excel file 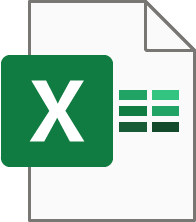 Producer support estimates (PSE) broadly measure how much of farmers’ incomes are the result of government support and related policies. The rest comes from the market.

Back in 1986–88 almost 80% of farmers’ incomes in Iceland and Switzerland was the result of government support and intervention. Barely 20% came from the market. That period was the first three years of the Uruguay Round negotiations, which led to the first ever multilateral agreement to discipline agricultural trade and the WTO’s creation in 1995. That’s why it was used as the base period for the WTO’s support measurement (AMS).

The numbers have fallen but are still between 40% and 60% in five countries, according to the OECD. This chart ranks the 28 according to PSE percentages in 2018–2020.

The chart partly explains the different positions of countries in the WTO agriculture negotiations. The five on the left with the highest PSE numbers — Iceland, Norway, Switzerland, Rep. Korea, Japan —are all members of the G–10 group in the talks, along with Israel.

The group argues that because of climate, geography, culture and other reasons its members have to give extra support to agriculture. It therefore resists cutting subsidies and lowering import barriers.

The EU and UK are not members of a group. Their PSE numbers are closer to the G–10.

Scattered among the rest are the Philippines, Indonesia, Turkey, China and India. They are members of the G–33 group of developing countries arguing for extra protection for their poor farmers. Israel is also in this group. All except India are in the left half of the chart, with PSE figures of 12% to 28%.

Colombia, Canada, Costa Rica, South Africa, Chile, Australia, Brazil, New Zealand, Vietnam and Argentina are members of the Cairns Group calling for greater liberalisation in agriculture. Ukraine is now an observer. The Philippines and Indonesia are also members, perhaps more out of Southeast Asian solidarity than a commitment to lower subsidies and import barriers for themselves.

Apart from Colombia (which has government intervention to combat the cultivation of narcotics), Cairns Group members are in the right half of the chart, with low PSE numbers. New Zealand has the lowest PSE number, 1. Around 99% of New Zealand farm incomes are from the market.

Over on the far right are countries with negative numbers: India, Vietnam and Argentina. They have policies that on balance have the effect of taxing farmers, such as banning or restricting imports, and other controls.

Straddling the middle are China, the US, Mexico and Russia.

Trade-distorting support is the type that affects market prices and quantities produced. This chart ranks countries according to the proportion of their support that is potentially most distorting.

It has an interesting distribution, but should be read carefully. The figures are percentages without taking into account the actual scale of subsidies. So New Zealand’s increasing use of potentially distorting transfers is much less significant when its farmers only receive 1% of their incomes (PSE = 1%).

Comparing domestic and world prices is one indication of how much a country’s internal market is protected against competition from imports.

Higher figures indicate more protection for farmers. Lower figures show less protection. If the figure is 1, then domestic prices are (on average) the same as world prices. Figures below 1 show farmers are receiving below world market prices.

The rankings here are roughly similar to the PSE rankings, which is not surprising since the two are linked.

“Relative to the size of the sector, expenditures for general services declined from more than 7% of agricultural gross value-added [in 2000–02] to less than 6% [in 2018–20] suggesting that these expenditures did not keep pace with sector growth,” the OECD says.

Here the countries are ranked according to how much total support (TSE) is when compared with the size of the economy (GDP). The OECD notes that overall this has declined over the years.

Updates: None so far