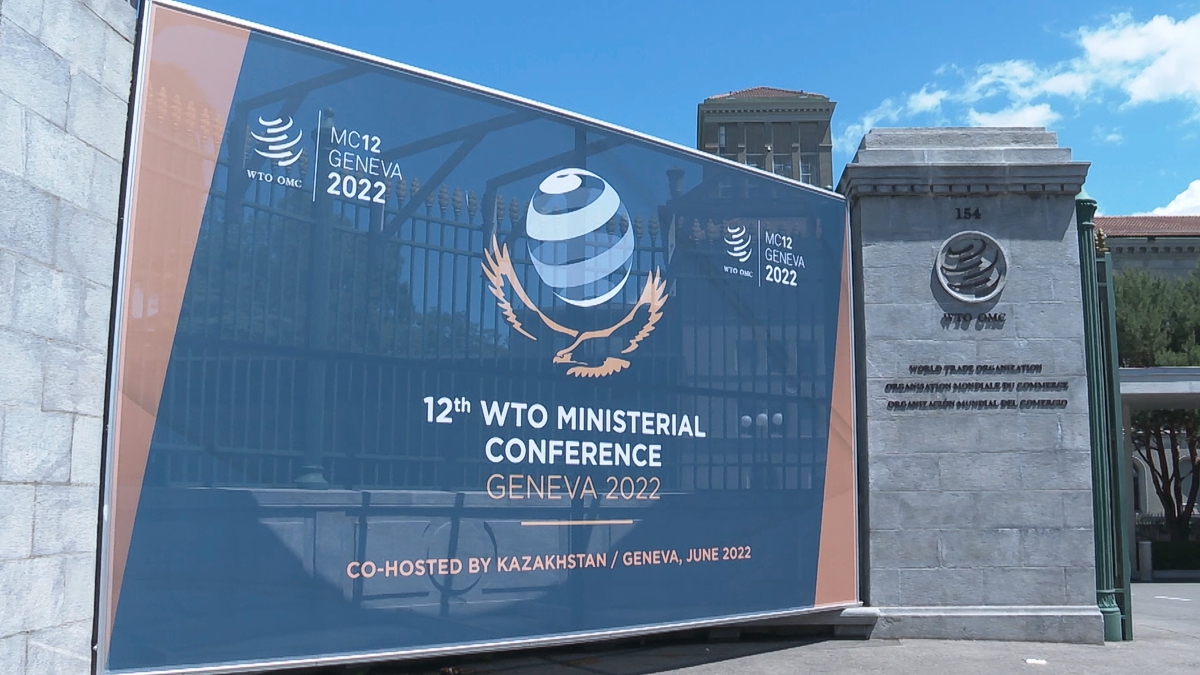 How many times can a curtain go up and down? This is our second curtain-raiser for the World Trade Organization’s 12th Ministerial Conference, now rescheduled for June 12–15, 2022.

As we wrote when the meeting was postponed in late 2021, the WTO risks disappearing into a chasm of petty procedural wrangling over what to talk about, and how to move forward.

After delays in 2020 and 2021 due to the pandemic, and more recently the threat to multilateralism posed by Russia, the fact of it happening at all will be taken as a success. But have WTO members been able to move closer to significant agreement on anything?

This time our curtain-raiser proposes some benchmarks for assessment. There’s even a scorecard at the end for anyone following along at home.

“I have seen first-hand members’ collective commitment and dedication. … I genuinely believe that we can deliver a balanced a meaningful outcome on fisheries subsidies by MC12”

UPDATES
See “Update on WTO fisheries subsidies talks”,
including the drafts the chair sent to the rescheduled Ministerial Conference on June 10, 2022 and the final agreement

The chair of the WTO fisheries subsidies negotiations circulated a new draft agreement on November 8, 2021, saying “I genuinely believe that we can deliver a balanced a meaningful outcome on fisheries subsidies” by the Ministerial Conference at the end of this month.

“The eyes of the world are really on us,” WTO Director-General Ngozi Okonjo-Iweala told ambassadors at the negotiations meeting where the new text was introduced.

“Time is short and I believe that this text reflects a very important step toward a final outcome. I really see a significant rebalancing of the provisions, including those pertaining to special and differential treatment, while, at the same time, maintaining the level of ambition.”

The new draft is the sixth compiled and circulated by the chair, Ambassador Santiago Wills of Colombia, since June 2020, the last three released as public documents since May this year.

It is based on negotiations since September and was presented to a meeting of heads of delegations (usually ambassadors) of the WTO’s 164 members.

END_OF_DOCUMENT_TOKEN_TO_BE_REPLACED

Did ministers bring real hope to the WTO fish subsidies talks or are WTO leaders clutching at straws?

Update: As the talks resumed after the summer break and headed for the year-end Ministerial Conference, there was little sign of any compromise on the outstanding issues.

India circulated a new proposal (not public) calling for a 25-year exemption from overfishing subsidy prohibitions for developing countries not engaged in distant water fishing. A number of delegations complained in a session on September 24 that this and other ideas in the proposal “had no element that could help bring about a compromise between members” (Amiti Sen in Hindu Business Line, September 26, 2021).

The two people managing the negotiations on fisheries subsidies in the World Trade Organization (WTO) said they were more confident that an agreement can be reached after 104 ministers or their representatives participated in an online meeting on July 15, 2021.

“This is the closest we have ever come towards reaching an outcome — a high-quality outcome that would contribute to building a sustainable blue economy,” WTO Director-General Ngozi Okonjo-Iweala told the ministers at the end of the meeting.

“The prospect for a deal in the autumn ahead of our Ministerial Conference has clearly improved,” she said.

Ambassador Santiago Wills of Colombia, who chairs the negotiations, echoed Okonjo-Iweala. He told a press conference afterwards that he was also more optimistic that an agreement can be reached in time.

But some of the statements that have been made public, with some reading between the lines, show that major differences still remain.

END_OF_DOCUMENT_TOKEN_TO_BE_REPLACED

Two weeks before ministers from World Trade Organization (WTO) members meet to discuss the latest in the negotiations to curb harmful fisheries subsidies, the chair circulated a revised draft text on June 30, showing a wide range of differences among members.

One of the most difficult subjects is still special treatment for developing countries, where the chair, Ambassador Santiago Wills of Colombia, is now proposing a “peace clause” — agreement that for a limited time, subsidies would not be challenged legally if they were for subsistence, artisanal and small-scale fishers in developing and least-developed countries.

END_OF_DOCUMENT_TOKEN_TO_BE_REPLACED

Santiago Wills, chair of the WTO fisheries subsidies negotiations, announced the start of a new phase in the talks on May 11, 2021 with a revised text released publicly for the first time, and accelerated talks leading to an end-game meeting of ministers on July 15.

The latest revision is “a crucial step for presenting a clean draft to ministers,” said Wills, who is also Colombia’s ambassador to the WTO. The latest version includes portions in square brackets, usually indicating disagreement among members.

The 9-page new text is here, with a 26-page explanation from the chair. See also this WTO news story

END_OF_DOCUMENT_TOKEN_TO_BE_REPLACED

Links to some key documents and news

If you are following this blog, please note that
WordPress does not send out alerts for updates, only for new posts.
To see updates, follow me on Twitter @CoppetainPU or on Mastodon @CoppetainPU@tooting.ch,
or check back here periodically.

The drive for a WTO agreement on fisheries subsidies accelerated in 2021 and eventually led to a slightly stripped down agreement at the Geneva Ministerial Conference in June 2022.

The first target had been missed to conclude all or most of the subject by July 2021, but the aim was still for a formal agreement to be struck at the ministerial conference at the end of the year. That was postponed, and negotiators headed into 2022 aiming to conclude as quickly as possible.

Agreement was achieved at the ministerial conference on June 17, 2022, but with a vital piece missing. Talks continue to find that missing piece. Failure means the agreement self-destructs.

See also: ‘Fisheries subsidies’ has been agreed by WTO ministers. What’s next?

Updates will be added here for the latest developments, with links to new documents and news items.