WTO REFORM: The light shed by recent papers on the role of the Secretariat is welcome, but there are unanswered questions 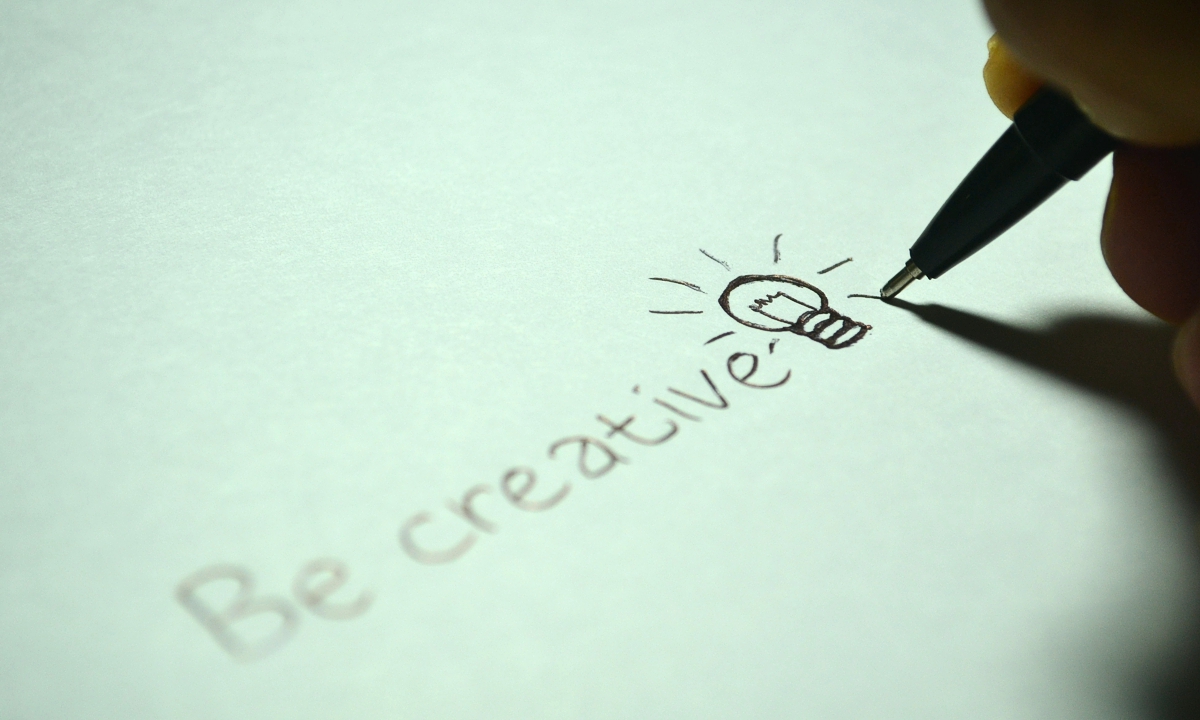 Does the WTO Secretariat have too much influence over WTO dispute settlement rulings? Two experts argue controversially in recent papers that it does, backing their claims with sophisticated analysis of writing styles to detect who might have authored the rulings.

The analysis by Joost Pauwelyn (Graduate Institute of International and Development Studies, Geneva) and Krzysztof Pelc (McGill University, Montreal) also digs down in detail into the reasons behind the role that the Secretariat has been given.

That leads to a discussion covering a wide range of issues, some of them central to the debate about reforming the WTO and its dispute settlement system — including the controversy over whether case history and precedent should have a bearing on new rulings, and to what extent that should be guided by the institutional knowledge of Secretariat staff.

Less attention has been paid to this failure. It sheds light on what may lie ahead as members face more difficult hurdles on really tough issues.

See also
WTO members achieve breakthrough, but the tough part is what happens next | Have we just seen the funeral of the WTO ‘single undertaking’? | Our scorecards

The June 12–17 Ministerial Conference has been hailed as a rare success for the World Trade Organization (WTO) because it produced a package of new agreements and consensus statements on a range of issues, including fisheries conservation, health, electronic commerce and food insecurity.

Less attention has been paid to the Geneva meeting’s big failure. There was no outcome on agriculture. That should not be overlooked. It has implications not only for agriculture, but for members’ ability to reach consensus on really tough issues.

END_OF_DOCUMENT_TOKEN_TO_BE_REPLACED

It might seem churlish to draw attention to what was lacking, but the achievements that were rightly hailed are not the end of the story.

See also
The successful WTO Conference saw one big failure: agriculture | Have we just seen the funeral of the WTO ‘single undertaking’? | Our scorecards

As a beautiful sun rose over the World Trade Organization’s lakeside headquarters in Geneva on June 17, 2022, exhausted delegates sealed a package of decisions and declarations that would give the beleaguered WTO new direction for the next couple of years.

Much has already been written about the achievement of the 12–17 June WTO Ministerial Conference, after it was extended by almost two days of sometimes chaotic round-the-clock bargaining.

Most of the analysis focuses on what was achieved, often with a sense of relief that the WTO was back on track, mixed with a warning that much still needs to be done.

Perhaps the biggest success was that a package was agreed by ministers, including an Outcome Document — which the previous ministerial conference failed to do.

Often missing is recognition of how hard it was to achieve this limited outcome.

END_OF_DOCUMENT_TOKEN_TO_BE_REPLACED

There were a number of concrete results, which was a relief for many, but how significant are the outcomes? 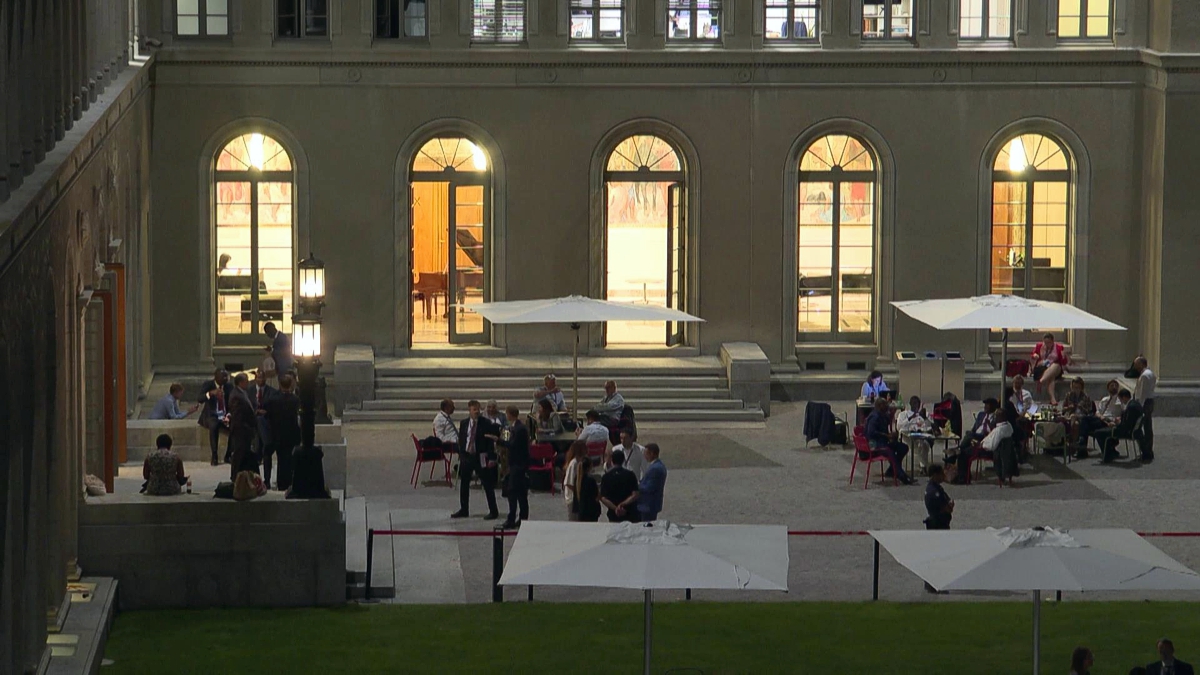 In our curtain-raiser before the June 12–17 World Trade Organization (WTO) Ministerial Conference — “Touch and go at the WTO. Is the director-general’s optimism justified?” — we suggested a set of score cards for assessing the result. Based on the actual outcome, we’ve adjusted the scorecards slightly and filled them in.

The scorecards are in this note. It includes an invitation to comment

Updates: none so far

Image credit:
Delegates on the terrace at the WTO headquarters, Geneva, night of June 15, 2022 | WTO

How many times can a curtain go up and down? This is our second curtain-raiser for the World Trade Organization’s 12th Ministerial Conference, now rescheduled for June 12–15, 2022.

As we wrote when the meeting was postponed in late 2021, the WTO risks disappearing into a chasm of petty procedural wrangling over what to talk about, and how to move forward.

After delays in 2020 and 2021 due to the pandemic, and more recently the threat to multilateralism posed by Russia, the fact of it happening at all will be taken as a success. But have WTO members been able to move closer to significant agreement on anything?

This time our curtain-raiser proposes some benchmarks for assessment. There’s even a scorecard at the end for anyone following along at home.

END_OF_DOCUMENT_TOKEN_TO_BE_REPLACED

WTO members have more time to deal with issues that they might, at a pinch, agree on, but momentum could be lost too 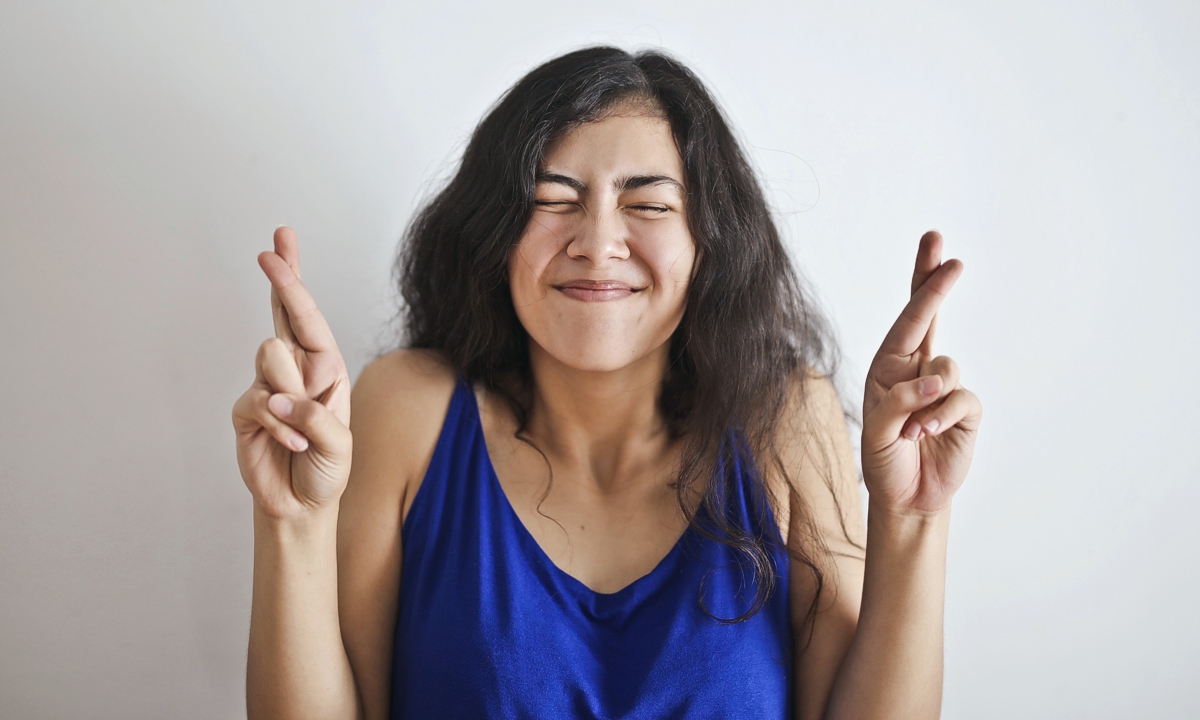 New dates
On February 23, 2022, WTO members meeting as the General Council
agreed to reschedule the Ministerial Conference for the week of June 13

What was lost by postponing the World Trade Organization’s 12th Ministerial Conference? Procedurally, not much. What happens next depends on whether WTO members make the best of the opportunity.

Before the conference was scheduled to start, we argued that the solutions to the impasse in the WTO must come from the capitals of the WTO’s 164 members before anything significant can be done at the WTO’s Geneva headquarters — in effect: “reform in capitals before reforming the WTO in Geneva”.

We still think that, but at least momentum has been created in some governments. The danger is that this opportunity will be lost.

END_OF_DOCUMENT_TOKEN_TO_BE_REPLACED

The WTO Ministerial Conference is almost upon us. The chorus of calls for “WTO reform” puts too much emphasis on Geneva when the real solutions require fundamental changes in and between the capitals of its 164 members.

New dates
On February 23, 2022, WTO members meeting as the General Council
agreed to reschedule the Ministerial Conference for the week of June 13

The Ministerial Conference had been “postponed indefinitely” on November 26, four days before it was due to start, as Switzerland tightened travel restrictions because of the new omicron COVID-19 variant

On December 8, 2019, The New York Times predicted the possible “end of the […] World Trade Organization itself.” Earlier, a Bloomberg headline spoke of a “fatal blow” to the WTO.

Two years later, the WTO is still up and running. Even the crisis in dispute settlement, where first-stage rulings can no longer be appealed — the cause of those doom-mongering news reports — has failed to stop it.

Yet the WTO does face serious problems. Dealing with them has become more urgent.

This piece was originally published in September. We are now only days away from when WTO ministers are due to meet in Geneva, where “WTO reform” is a major item on the agenda.

We have heard various upbeat statements from events like the G20 trade ministers’ October 12 meeting in Sorrento, the G7 ministers in London 10 days later, the optimistic sounds coming from Geneva, and apparently a new signal from Washington.

A cacophony of cans being kicked down the road

As the November 30–December 3 Ministerial Conference approached, activity increased, including from some ministers.

The US strengthened its call to talk.

Canadian Trade Minister Mary Ng visited Geneva to rally delegations to produce “concrete outcomes on key initiatives” at the Ministerial Conference. She met the Ottawa Group of members working on WTO reform, the WTO director-general, the chair of the fisheries subsidies negotiations, ambassadors from India, South Africa, EU and Mauritius, and the US chargé d’affaires.

Nevertheless, the only likely deal to be struck is on services regulation among a small group of members. We are also told a last-minute WTO-wide breakthrough on fisheries subsidies might be possible — after 20 years of negotiation and at least one missed deadline. In reality a lot of difficult issues still remain at the last minute.

Aside from those two subjects, we remain sceptical that anything substantial will be delivered.

Continue reading or jump down the page to:
Round the clock activity | No stranger to crisis | The misunderstood role of the WTO | Dispute settlement | The real problem: low priority | ‘Reform’ and the ministerial conference | Two strands of WTO reform | Find out more

END_OF_DOCUMENT_TOKEN_TO_BE_REPLACED

Why nothing has changed on voting in the WTO, and why it would destroy the WTO if it happened

Suddenly people are talking about voting in the World Trade Organization (WTO). Again.

Only a few months ago it was suggested as a way to break the deadlock in selecting the new director-general.

Thankfully that was settled when the new Biden administration flipped the US’s position and backed Ngozi Okonjo-Iweala.

After that, it was about the proposal to waive intellectual property obligations in the WTO related to the COVID-19 pandemic. Then it re-emerged over actions that might be taken in the WTO against Russia for invading Ukraine.

After the appointment of Okonjo-Iweala was settled, it was the US’s change of heart over the intellectual property waiver that encouraged new calls for a vote, although activists were talking about it almost as soon as the waiver was mooted. They looked at the rules, saw voting was an option, and concluded this was the best way to overcome resistance.

END_OF_DOCUMENT_TOKEN_TO_BE_REPLACED

With the clamour to reform the World Trade Organization it’s time to re-examine how information is handled. This is a summary of a 4-part long read on the WTO and transparency 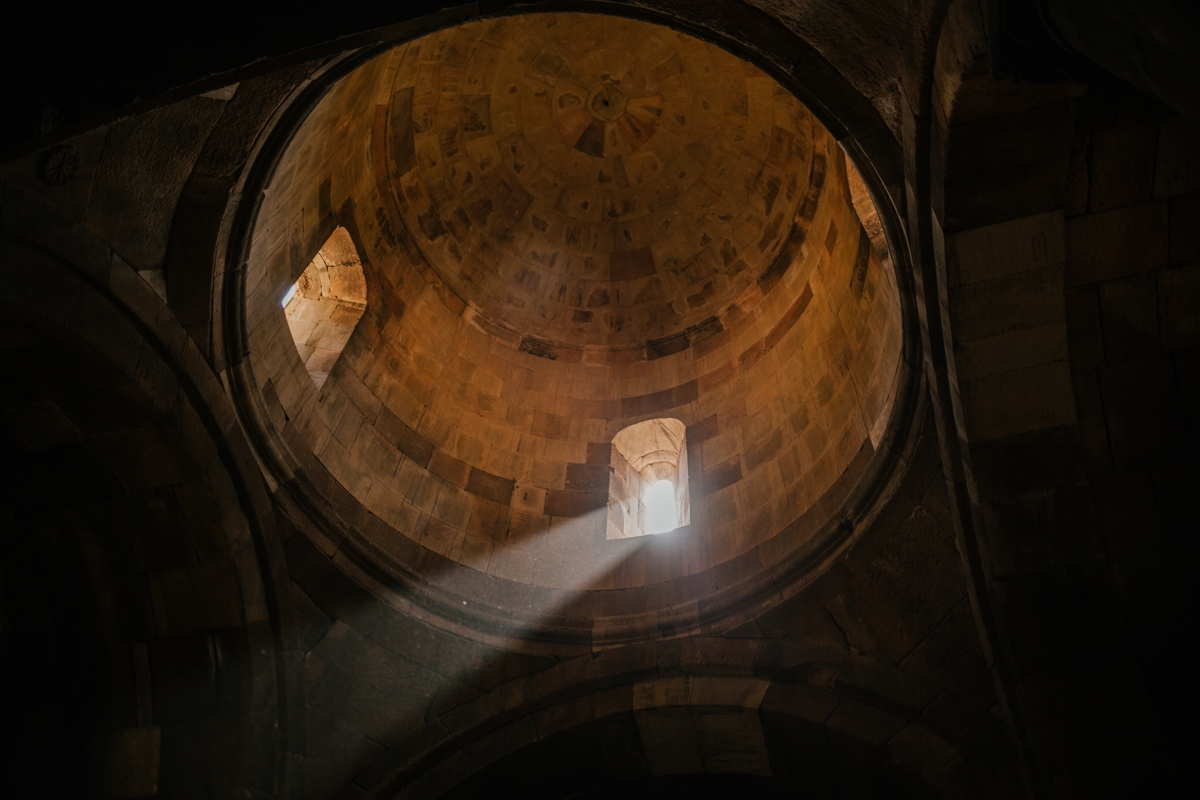 “Set wide the window. Let me drink the day”
― Edith Wharton, Vesalius In Zante, from Artemis to Actaeon and Other Verses

It all began light-heartedly. Someone tweeted: “What advice do you have for young people going into public service?” A trade journalist replied: “When a reporter calls, pick up the phone …”.

This led to a much more serious debate about transparency, particularly in trade and the World Trade Organization (WTO). Would more transparency help? Would less?

Transparency in one sense is the purpose of the WTO — reliable information about government rules and practices reduces uncertainty about the conditions of trade. It also provides accountability for taxpayers’ money.

And yet in some circumstances too much information can impede governments’ ability to achieve their objectives in the WTO.

We try to clarify the distinction and to suggest that doing better ought to be part of the WTO reform agenda.

END_OF_DOCUMENT_TOKEN_TO_BE_REPLACED

With the clamour to reform the World Trade Organization it’s time to re-examine how information is handled. Some overall thoughts. First of four parts

“Set wide the window. Let me drink the day”
― Edith Wharton, Vesalius In Zante, from Artemis to Actaeon and Other Verses

It all began light-heartedly. Someone tweeted: “What advice do you have for young people going into public service?” A trade journalist replied: “When a reporter calls, pick up the phone …”.

As often happens, the exchanges quickly became heated. It led to a much more serious debate about the four “Ws” — who should be transparent, about what, when, and why. Plus a fifth “W” — the World Trade Organization (WTO).

The journalist argued seriously that democracy depended on openness, that governments owe their citizens full information on what they are doing, not spin, information control or obfuscation, and that all officials at all levels should always respond to requests for information.

But is it wise for inexperienced staff to talk to journalists about complex and sensitive subjects? If the organisation supervises its officials when dealing with the media is that censorship and is it anti-democratic? And more broadly, are there times when confidentiality can actually help produce good results, for example in negotiations?