Some interesting insights are in Swiss government information notes, prepared mainly for traders and producers

A summary of this is on the EU Relations Law blog, here

EU agreements are being “rolled over” into UK agreements in order to allow as much continuity as possible for trade and for business. They are called “continuity agreements”.

Below are an introduction to the provisions on goods and services, followed by Swiss government summaries of key parts of its agreements with the UK, mainly on goods but also narrowly on services.

But first, some context and explanations.

END_OF_DOCUMENT_TOKEN_TO_BE_REPLACED

People’s views of geographical indications range from cherishing them as precious cultural heritage and commercial property, to annoyance and scorn. They are complicated. Every argument has a counter-argument

JUMP TO
PART 1 BASICS
• What are geographical indications (GIs)?
• What do they apply to?
• Are they always place names?
• How do they relate to rules of origin?
• Why protect them?
• What does protection mean?
• How much protection?

PART 3 WHAT THE WAITRESS SAID

Among the thousands of policy questions facing Britain after it leaves the EU is what its approach should be for geographical indications.

These are names — like Melton Mowbray pork pies, Rutland bitter and Bordeaux wine — that are used to identify certain products.

The UK’s policy will affect both its own and other countries’ names, and it has now taken first steps in revealing what its approach will be.

People’s views of geographical indications range from cherishing them as precious cultural heritage and commercial property, to annoyance and scorn.

What are they? And what are the decisions facing the UK? This is an attempt to explain them simply. It’s in two main parts with a small third part tacked on.

END_OF_DOCUMENT_TOKEN_TO_BE_REPLACED

The jewels in the crown are not just the power given to the people, but also the clear, simple, comprehensive and impartial explanations that accompany the ballot papers

On Sunday (March 4), the Swiss go to the first of four polls scheduled this year. It’s an opportunity to take a quick look at how referendums are handled in Switzerland. END_OF_DOCUMENT_TOKEN_TO_BE_REPLACED

After Brexit, ‘Global Britain’ will want free trade agreements with the rest of the world. But it already has some 37 agreements with over 60 countries through the EU. Rolling them over into the UK’s own agreements will not be automatic. A look at the actual text of the EU-South Korea deal shows why 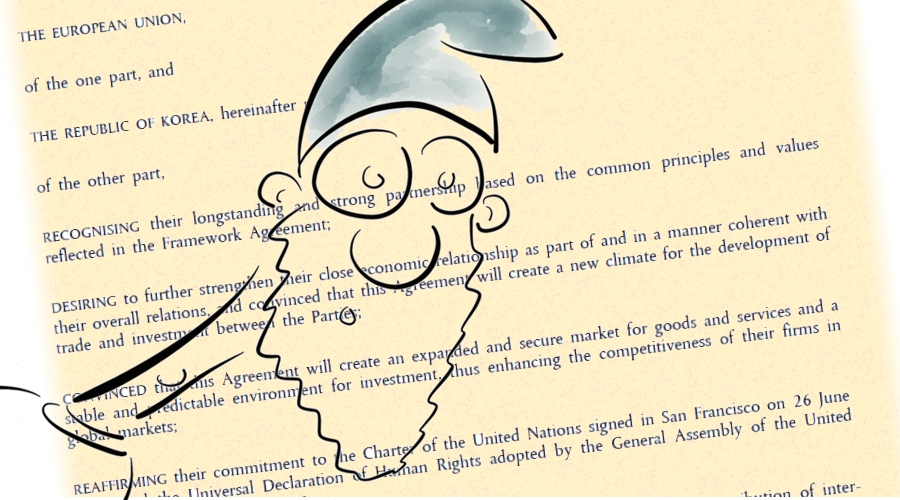 At the very least, the UK should continue with the deals it already has through the EU, with Norway, Iceland, Switzerland, Canada, South Korea, Japan (in the pipeline) and many others. Academics at Sussex University say there are over 60 other countries. The UK government says there are over 100. It depends on what kind of agreement is counted. END_OF_DOCUMENT_TOKEN_TO_BE_REPLACED

The four options are well-known but their implications are not always understood. Some summary graphics

This is a summary of the four main options facing the UK for its trade relationship with the EU after Brexit. The four options are well-known but their implications are not always understood. These are the options: END_OF_DOCUMENT_TOKEN_TO_BE_REPLACED

Welcome to fantasyland. Are the toughest Brexit negotiations likely to be within the UK itself? Anyone for a ‘Swiss option’? Drug prices, bent bananas, TTIP — have the media missed a trick?

The UK has entered fantasyland after the June 23, 2016 vote to leave the European Union.

We can all fantasise. END_OF_DOCUMENT_TOKEN_TO_BE_REPLACED